At Coffeeshop Creative we are not only passionate about designing and developing a unique web presence for our clients, but also sharing their stories. We are super excited to introduce our new series of blogs – Grabbing Coffee. Today’s feature is the Estonian Arts Centre (EAC). Stay tuned for the upcoming Estonian Arts Centre’s new web site launch later this month. We recently caught up with the EAC’s Board of Directors, so grab yourself your favourite coffee or espresso, and take a trip into the world of Estonian visual and music art.

What is the history behind the Estonian Arts Centre?

ESTONIAN ARTS CENTRE (EAC) –  “Eesti Kunstide Keskus” (EKK) in Estonian – was founded in 1974, registered its Constitution and received Provincial Charter (Ontario Letters Patent 307096) in 1975. It is a nonprofit charitable organization, with the objective of promoting the welfare of the Estonian Canadian Community and the Canadian Community at large through charitable activities, including:

Since its inception, Estonian Arts Centre has organized numerous cultural events —  art exhibitions, concerts and music festivals — and has awarded a number of scholarships, bursaries and prizes to deserving young talents in the musical, visual arts and literary fields. Estonian Arts Centre obtains the funding for its operations from concerts and other similar income-producing activities, and from membership dues and donations. For donations, monetary and “in-kind”, the organization is authorized by the government of Canada to issue income tax receipts in the monetary value of donations received. Organization work is done on a voluntary basis, at no charge. 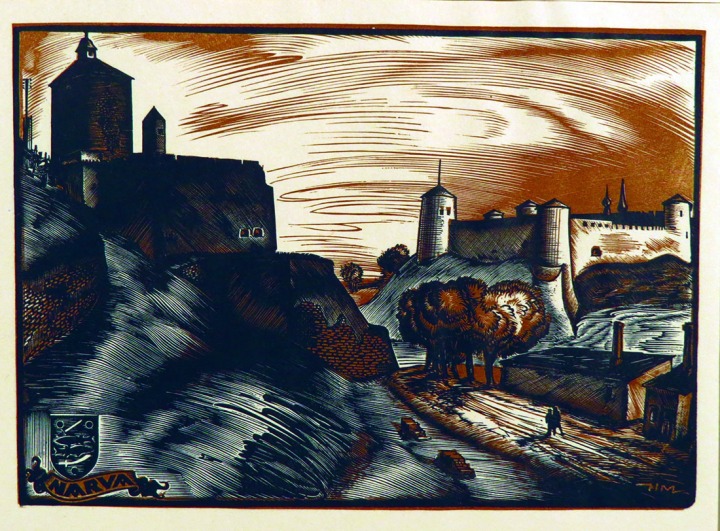 What styles of visual art have been preserved?

Will there be any showings or gallery presentations of the art?

Not anticipated at this point. The collection will be moved to VEMU once the facilities are able to accept the over 700 pieces that we have.  The “gallery” will be on our website, showcasing a selection of 25 – 30 items every few months.

What types of traditional musical art will the Estonian Arts Centre be presenting and promoting?

Estonian culture has a rich heritage of music both for voice and instrument. We look forward to promoting Estonian artists both here in Canada, the United States as well as in Estonia. Through the development of a concert series, we are excited to begin planning on both a fall and spring time concert in Toronto featuring either vocal, solo, choral or instrumental works. These concerts will feature classical Estonian composers and traditional music, as well as new Estonian compositions. Estonia is blessed with a vast level of music talent which we are proud to present. Currently, we are proud to support the Estonia National Opera Boy’s Choir in Toronto this week as they celebrate our beloved maestro, Roman Toi’s, 100th birthday with a concert at Koerner Hall.

Estonians love coffee, a darker roast is generally favoured.  Most important, though, are the tasty pastries that are part of the “kohvik” culture of Estonia.  🙂